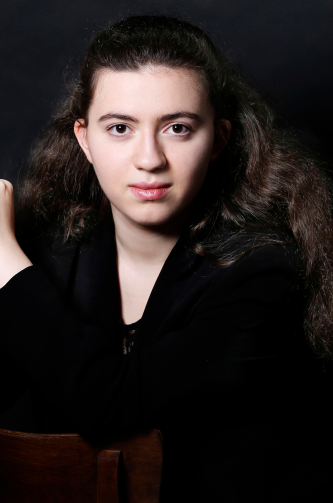 “PURE DIAMOND. Each facet of her talent belies her age: the pianist Marie-Ange Nguci offers a jewel where virtuosity rhymes with musicality and inventiveness […] Every work of the program is interpreted with a visionary power […] Much more than a promising talent: an accomplished artist.” (Classica)

Her extensive repertoire ranges from baroque, classical, romantic to contemporary. Passionate about the music of our time, she has worked closely with composers such as Thierry Escaich, Bruno Mantovani, Graciane Finzi, Pascal Zavaro and Karol Beffa in preparing her interpretations of their works.

Marie-Ange came to wide public attention in 2018 with the release of her first CD, En Miroir on the Mirare label. It featured the piano works of composers best known as organists and improvisers – Franck, J.S. Bach, Saint-Saëns and Thierry Escaich. The recording received the coveted Choc de Classica for 2018 and was warmly praised in the press.

Marie-Ange Nguci was accepted into the Paris Conservatoire at the age of 13 in Nicholas Angelich’s class. She plays organ and cello, and spent a year studying conducting at Vienna’s Universität für Musik und Darstellende Kunst.