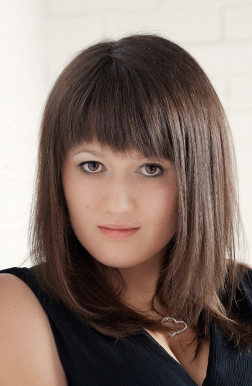 Born in 1988 to a family of musicians, she begins her piano studies at the age of five. In 2007, she graduates from the Rimsky-Korsakov Conservatory Special School of Music in Saint Petersburg.

At the age of ten she begins to play the piano with her brother Andrey Baranov. In 2000 she is awarded in the “All Russian Mazur Competition” and begins to perform throughout Europe as a soloist and with different orchestras.

Maria Baranova is awarded the “Best Duet at the Lausanne Academy” in 2008.

She is also awarded together with Andrey Baranov in the “International Duo Competition” in Katrineholm (Sweden) in 2010 and wins second prize in the same competition in 2014.

From 2010 to June 2015 she studies at the Conservatory of Lausanne where she obtains her two master’s degrees with professors Marc Pantillon and Christian Favre. Since 2015 she has expanded her training at the “Hochschule der Künste” in Bern.